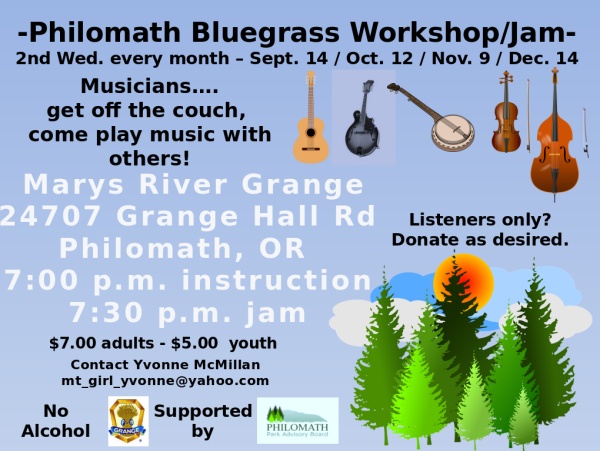 The Tannahill Weavers are one of Scotland’s premier traditional bands. Their diverse repertoire spans the centuries with fire-driven instrumentals, topical songs, and original ballads and lullabies. Their music demonstrates to old and young alike the rich and varied musical heritage of the Celtic people. These versatile musicians have received worldwide accolades consistently over the years for their exuberant performances and outstanding recording efforts that seemingly can’t get better…yet continue to do just that.

Releasing their first album in 1976 they became notable for being one of the first popular bands to incorporate the sound of the Great Highland Bagpipe in an ensemble setting, and in doing so helped to change the sound of Scottish traditional music. In 2011 the band was inducted into the Scottish Traditional Music Hall of Fame.

Save $2 with promo code wtfcfs

Share a song, lead a song, request a song, or listen as we go round the circle. Song Circle is free and open to all who wish to participate.  Bring your own instrument, borrow one, or just sing.

The song circle is conducted on Zoom (you can download the app to your laptop, tablet or smart phone at https://zoom.us/ ).   You can play or sing along with your microphone muted.  If you plan to sing, please set your audio settings to

You can access the audio settings when you are in a Zoom meeting by pressing the ^ next to the microphone icon and clicking audio settings.

You can get the Zoom link by emailing Kurt at song-circle-2@CorvallisFolklore.org . 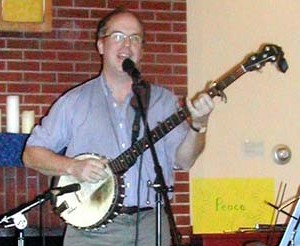 Tom Rawson, folksinger and storyteller from Orcas Island, Washington is the Northwest’s very own version of Pete Seeger. Armed with longneck banjo and other weapons of mass delight, Tom is a master of warmth and wit who loves to share his musical treasures with an ‘I know something you don’t know and you’re gonna love it too’ kind of smile’. From gospel to contemporary, profound to downright silly, Tom will have you singing, clapping, and laughing along all night. 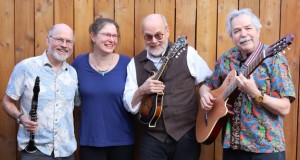 The name is Brazilian and means “choro in the kitchen.” And they, in fact, practice in the kitchen.  CnC plays a Brazilian music style known as Choro, whose character ranges from fun to sweet. The quartet has clarinet (Bill Pfender), mandolin (John Bliss), 7-string guitar (Spencer Doidge), pandeiro (hand drum) and vocals (Kimberly Cullen). Choro has a long history as an urban popular music in Brazil, and has become better known around the world in the last few decades.

Best Cellar is held on the last Friday of each month of the school year.
Admission is a sliding scale, 2-10 dollars, your choice. Kids are free and welcome.
Cookies, gluten free cookies, coffee and tea are available for fifty cents each.
In the sanctuary of the Methodist Church, on 11th and Monroe, in Corvallis
For more information contact Mark Weiss at mjweiss@cmug.com

Contra dance is returning to a regular schedule in Corvallis this fall! The dance will start at 7:00 PM with a newcomer’s lesson and community meetup, helpful for all dancers. Following the lesson will be dancing from 7:30 PM to 10:30 PM. No partner necessary. Dance calling and role terms will be Larks & Robins. The cost is $12 – $20 sliding scale.

Because of the Covid-19 situation:

Thank you for helping to keep our dance community safely dancing! For more information on attendance requirements and other precautions, please see our recently updated COVID-19 policy here. 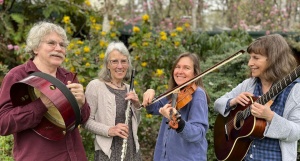 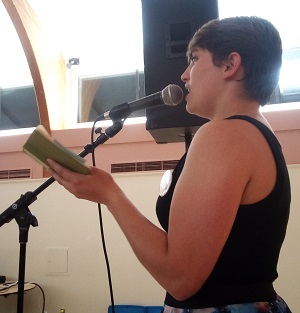 Shell Stowell started contra dancing in 2015, and has been dancing up and down the West coast ever since. Driven by her passion for the dance, music, and community, Shell now plays the fiddle and helps to organize the Corvallis Contra Weekend. As a dancer, Shell is known for her enthusiasm on and off the dance floor. As a caller, she incorporates her love of teaching, organizing, and music to strive for clear, energetic instruction and variety in her programming. Shell also emphasizes safe, inclusive dance etiquette that promotes positive communication between dancers.

Each dance is taught.  No partner necessary (it’s traditional to dance each dance with a different partner). 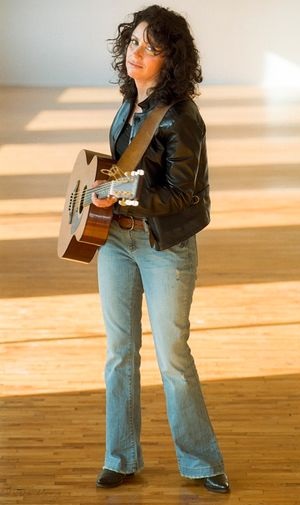 The songs on Last Days of Summer, co-written with Lucy’s husband Rick Litvin, weave themes of family, community, and loss, as well as reflections on our times as reflected in the evolving story of New York City. Most of the songs were penned during the pandemic when their family left their home in New York City for many months. “Elmhurst Queens Mother’s Day,” is a meditation on the catastrophe that befell New York early on in the pandemic as they watched from afar. The title track “Last Days of Summer,” is a bittersweet reflection on the experience of watching a child prepare to leave home for college. “Song of the Exiled” is a tribute to the powerful stories of immigrant New York City taxi drivers who are seeking a better life for their families. And “Mary’s Window,” a politically charged folk-rock anthem, was completed in the wake of the 2020 presidential election, and expresses hope that the pernicious divisions in our country can be overpowered by community and by the goodness of average Americans.

There are also four covers: Jackson Browne’s “These Days,” which Lucy sang for the first time at a campfire the previous summer when her friend Rep. Jamie Raskin asked her to sing it; “Ford Econoline” by the late Nanci Griffith, with whom Lucy sang many times over the years; a bluegrass song Lucy sang at her wedding, A.P. Carter’s “Gold Watch and Chain;” and “These Boots are Made for Walking,” a fan favorite from her live shows..

As with her last release, “Everyday Street,” Lucy has chosen to make her new album available only through her website and at shows, and not on any streaming services. She finds this approach more empowering for a musician, affording greater control over the commercial aspect of her work, notwithstanding twelve million Spotify streams of her recording of Roxy Music’s “More Than This.” While streaming services make music widely available, there is virtually no financial compensation for the artist, and Lucy believes all people should be paid for their work.

The goal of the Corvallis Guitar Society is to act as a catalyst to bring local guitarists out of the woodwork and provide an opportunity to perform and enjoy guitar music in a friendly and supportive atmosphere. The accent here is on participation and we hope people will want to participate in the open stage section also – no piece of music is too short or simple (though there is a five minute limit if we have a full sign-up sheet) and you are guaranteed a warm round of applause for showing us what you can do! We do have a limited number of open stage slots so be sure to sign up early at the front desk on the way in.

To promote classical and related guitar styles by providing a supportive performance environment for people of all ages and ability.

We seek to achieve this through a monthly meeting that provides an opportunity to discuss, listen to, and play solo guitar music including classical, flamenco, finger-style, jazz, as well as classical guitar ensemble styles. 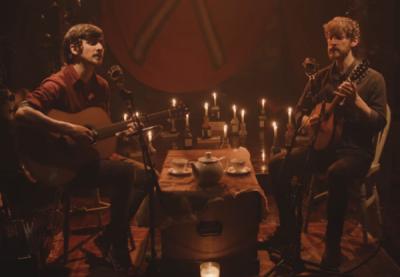 Ye Vagabonds is an Irish folk music duo consisting of Dublin-based brothers Diarmuid and Brían Mac Gloinn. Having been described as “being at the fore of a new wave of Irish folk”, they won three awards at the 2019 RTÉ Radio 1 Folk Awards: Best Track, Best Album, and Best Folk Group. Ye Vagabonds are signed to River Lea, which is described as an offshoot of Rough Trade Records. They are currently working on a fourth album. 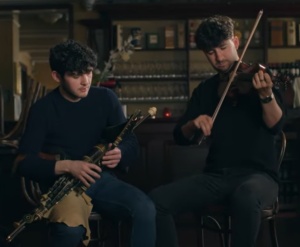 Colm Broderick (County Carlow, Ireland) and Patrick Finley (Atlanta, Georgia) have created a wonderful partnership in Irish traditional music. Colm is a multiple All-Ireland champion piper and was selected by Na Píobairí Uilleann as the inheritor of Liam Ó Floinn’s pipes, on Liam’s death in 2018. Having recently been awarded the Gold medal at the Seán O’Riada Bonn Oir competition in Baile Mhuirne, Co. Cork, Colm was invited to a private reception in Áras an Uachtaráin hosted by the President of Ireland, Michael D Higgins. While here Colm performed a private concert for the president.

Patrick, a multiple All-Ireland champion fiddler, plays with a unique style with influences from Sligo and Clare music. Patrick began playing the fiddle at the age of four, joining the Atlanta Irish Music School, and eventually studying with Sligo fiddler Oisín Mac Diarmada. Patrick is also an experienced music teacher, having co-founded the Phoenix School of Irish Arts in Atlanta, teaching Irish music on a variety of instruments.

Together, they focus on creating a refreshingly traditional style of music on the pipes and fiddle. 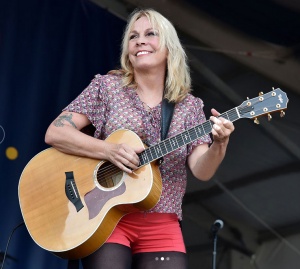 Oregon State University presents Rickie Lee Jones on the next installment of the College of Liberal Arts’ American Strings series.

Musician and storyteller, Rickie Lee Jones, has been inspiring pop culture for decades, beginning with her first two seminal albums Rickie Lee Jones and Pirates. The New Yorker has hailed her as “the premiere song-stylist and songwriter of her generation.”

A two-time Grammy Award winner, Jones’ celebrated memoir, “Last Chance Texaco,” was named Book of the Year by MOJO, Pitchfork and NPR. She will release her first all jazz album, produced by Russ titleman in April, 2023.

Join University Director of Popular Music/Rock Historian Bob Santelli, for an intimate conversation with this legendary pop/rock star, followed by a live performance. Seating is limited to 200.

TICKETS GO ON SALE MONDAY, OCT. 24 AT 8 A.M. AT oregonstatecla.universitytickets.com