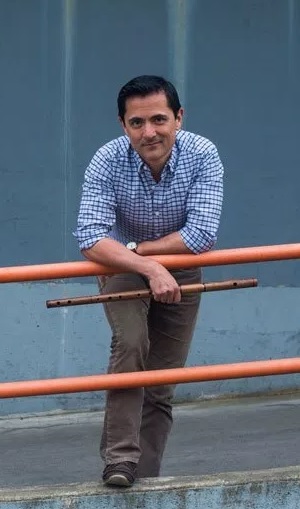 Considered one of the most talented Irish musicians in America today, flautist, whistle player, singer, and Juno Award-winner Hanz Araki has been lauded by publications and audiences alike.  Three decades of musical exploration into Irish, Scottish, Japanese, and American traditions has yielded his distinct style described by Fatea Magazine as “achingly beautiful.”

As the sixth generation of his family to bear the title Araki Kodo, Hanz (short for Hanzaburo, his great-great grandfather’s name) spent his formative years mastering the Japanese end-blown bamboo flute.  Discovering and relishing the melodic and mechanical similarities between shakuhachi and Irish whistle, Hanz applied his natural capacity and boundless curiosity to his Irish heritage.  Taking advantage of the rich Irish music scene in Seattle, where he spent his youth, Hanz quickly became known for his exquisite instrumental work on both Irish whistle and flute and a haunting singing voice that was born to tell tales.

“Hanz Araki is a master of his art – of that there is no doubt. His stunning musicianship and mind-spinning delivery of traditional tunes is a pure exhilaration for the ears. Combining an unprecedented feel for the Japanese shakuhachi flute with an unerring ability as an interpreter of Celtic music, Araki has carved out a rock-solid status. Fashioned through a heritage of Irish and Japanese parental influence, education, and personal dedication, his musical influences combine the disciplines and traditions of both cultures to create the virtuoso we hear today.”  (Folkwords)

Over the years, Hanz has released 11 albums, including 2014’s critically acclaimed Foreign Shore.  Festival appearances include the Austin Celtic Festival, the Maine Celtic Celebration, the Missoula Celtic Festival, KVMR Grass Valley Celtic Festival, Milwaukee Irish Festival, Bumbershoot, Celtic Connections, and over 20 years of performances at the Northwest Folklife Festival. Hanz has also been invited to perform with the Seattle Symphony, at the Gates Estate, and for the Japanese Consul General. 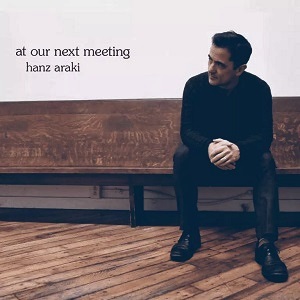