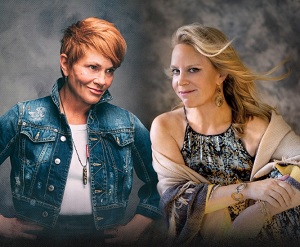 JOIN US for the next installment of our SAC Presents performing arts series presented by the College of Liberal Arts/School of Arts and Communication!

Over the course of her acclaimed career, Mary Chapin Carpenter has sold over 14 million records, racking up hits like “Passionate Kisses,” “He Thinks He’ll Keep Her,” “Down at the Twist and Shout,” and “I Feel Lucky.” She has won five GRAMMY Awards®, two Country Music Association Awards®, and two Academy of Country Music Awards®. She is one of only 15 female members of the Nashville Songwriters Hall of Fame. Although she was marketed as a country artist through the 1990s, the songs from Carpenter’s 15 studio albums travel the roads of Americana, folk, and rock, speaking to the most personal and most universal of life’s details. She has collaborated with Joan Baez, Cyndi Lauper, and the Indigo Girls, among other diverse artists. Her most recent album, Sometimes Just the Sky (2018), is a celebration of her three-decade career and features new versions of some of her most beloved songs.

Shawn Colvin won her first of three GRAMMY Awards® for Best Contemporary Folk Album with her 1989 debut, Steady On. Her contemporary folk songs are works of craft and catharsis that become treasured, lifetime companions for their listeners. “Sunny Came Home,” from A Few Small Repairs, took home the Grammy Awards®for Record of the Year and Song of the Year in 1998. Colvin is a recent inductee into the Austin City Limits Hall of Fame and was recognized for her career accomplishments with the 2016 Lifetime Achievement Trailblazer Award from the Americana Music Association. A popular collaborator, she has made music with Emmylou Harris, James Taylor, Sting, Alison Krauss, Steve Earle, and Jakob Dylan, among others. In September 2019, to commemorate the 30th anniversary of Steady On, Colvin will release a special, newly-recorded, and all-acoustic version of that landmark album.

This special show will feature the acclaimed singer-songwriters performing some of their favorite songs while exploring material from their own vast catalogues. They previously toured together in 2013, where audiences were invited to share the artists’ “living room” as they played music and traded quips in a warm, comfortable setting, inspired by the duo’s long-lasting camaraderie.

Act quickly. This show is nearly sold out.