triumphant return to the Whiteside Theatre

Day of show all tickets $30

Scotland’s premier fiddle ambassador and the sizzlingly-talented Californian cellist Natalie Haas may not seem an obvious one, but the duo’s dazzling teamwork, driving rhythms, and their shared passion for improvising on the melody and the groove of Scottish tunes have helped reconstruct and revive the Scottish tradition of playing dance music on violin and cello. They have toured internationally for over eighteen years, wowing audiences at festivals and concerts worldwide with their unique sound and have released five critically acclaimed and award-winning albums along the way.

Lúnasa at the Whiteside Theatre, 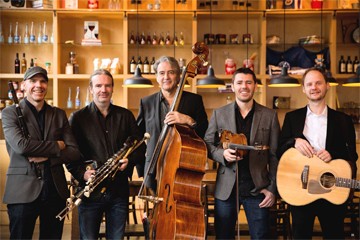 All tickets online at https://app.arts-people.com/index.php?show=111025 and at the box office at 4:45 on the day of the event. $2 off with CFS, or Whiteside membership.

Lúnasa, the hottest Irish acoustic band on the planet, is composed of Kevin Crawford (flutes, low whistles, and tin whistles), Trevor Hutchinson (double bass), Ed Boyd (guitar), Seán Smyth (fiddle and low whistle) and Cillian Vallely (uilleann pipes and low whistles). Lúnasa has sold more than a quarter of a million albums in the course of the band’s career and boasts an impressive back catalog of 7 highly acclaimed and award-winning studio albums. The band is internationally acknowledged as being the finest traditional Irish instrumental outfit of recent times. They are renowned for their stunning shows honed by superb musicianship and a constant touring cycle. They have performed over 1,500 shows across 36 countries since the band formed in 1997. The band has appeared at internationally renowned venues such as The Hollywood Bowl, National Concert Hall (Dublin), Sydney Opera House and Moscow International House of Music. They have been invited to appear at the White House.

Their inventive arrangements and bass-driven grooves have steered Irish acoustic music into surprising new territory. Their recordings have been hailed as some of the best and most important world music albums anywhere, while their blend of intelligence, innovation, virtuosity, and passion has brought them to the forefront of Celtic music. 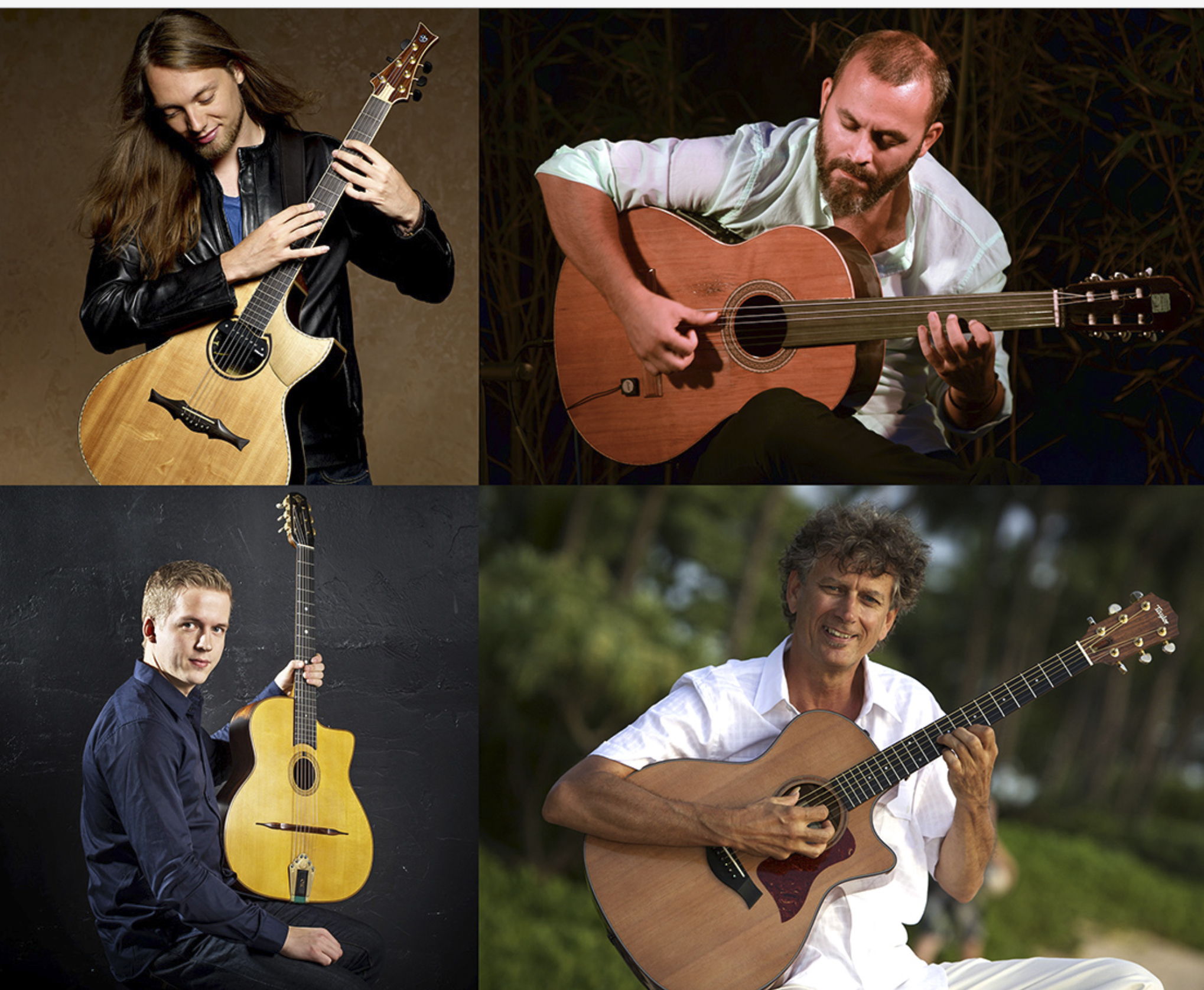 All tickets online at  https://app.arts-people.com/index.php?show=111021  and at the box office at 5:45 on the day of the event. $2 off with CFS, or Whiteside membership.

Each year, International Guitar Night’s founder Brian Gore invites a new cast of guitar luminaries from around the world for special concert tours of North America highlighting the diversity of the acoustic guitar. We are proud to celebrate our 20th year of touring the U.S. For our special Anniversary Tour, Brian Gore has put together his most eclectic lineup yet: Guest host Mike Dawes (England) and his incredible two-hand contemporary style is joined by fretless guitarist from Turkey Cenk Erdoğan; electrifying jazz virtuoso Olli Soikkeli from Finland and Hawaiian Slack Key master Jim Kimo West.

Téada at the Whiteside Theatre 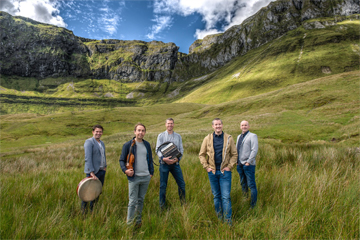 All tickets online at https://app.arts-people.com/index.php?show=111026 and at the box office at 5:45 on the day of the event. $2 off with CFS, or Whiteside membership.

A traditional band with a truly worldwide reach, Téada has appeared as a frequent headliner at major music festivals throughout the US, Canada, Mexico, Europe, Africa, Russia, Israel, and Australia. Highlights include a 30,000-capacity stadium concert in Brittany, along with performances at Penang World Music Festival in Malaysia, the Edmonton Folk Festival in Canada, Harare International Festival of the Arts in Zimbabwe, and Campeche International Festival in Mexico. In 2014 the band performed to 40,000 people during an extensive 7-week tour of Japan / Taiwan.

Continuing to grow in vision and popularity, Téada recently welcomed a sixth member to the line-up, legendary West Kerry singer and accordionist Séamus Begley, winner of 2013 TG4 Traditional Singer of the Year. The band recently released a smashing new album – Ainneoin na stoirme / In spite of the storm – on the Gael Linn label.

Founded by Sligo fiddler Oisín Mac Diarmada, Téada first came together in 2001 to make an appearance on the innovative TG4 television series ‘Flosc’. One of Irish traditional music’s leading exponents, Téada is driven by a fascination for the timeless, expressive force of music inherited from previous generations of musicians. Irish Music Magazine describes the band as “at the cutting edge of the next generation of Irish musicians…with a fierce familiarity with the old ways.” 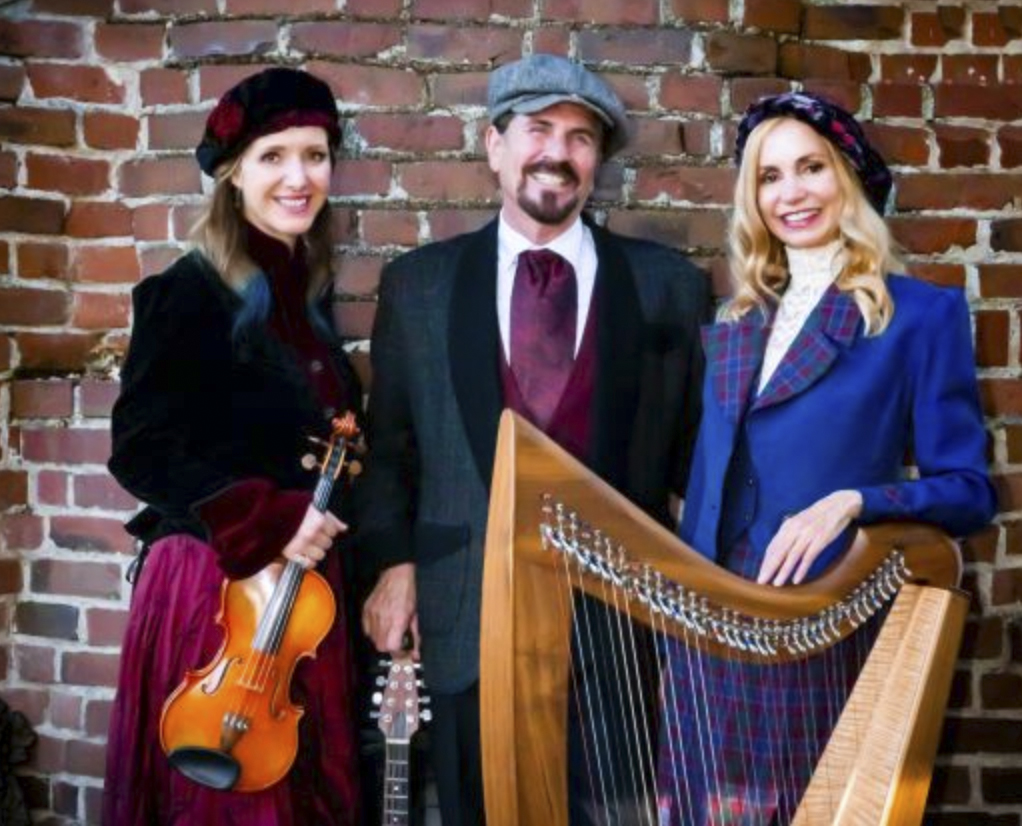 Rooted in the traditional music of the seven Celtic nations (Ireland, Scotland, Wales, Cornwall, The Isle of Man, French Brittany and Spanish Galicia), Golden Bough has become a popular and in-demand group on both sides of the Atlantic. Since their formation in 1980, this trio of modern-day minstrels has traveled great distances to numerous countries, to bring their music to enthusiastic folk fans the world over.

Backing themselves on an array of acoustic instruments; Celtic harp, guitar, octave mandolin, mandolin, accordion, violin, penny-whistl and bodhran, they blend their voices in the pristine harmonies that have become a Golden Bough trademark. To date, they have releasedover 30 recordings. In the recording studio, as well as on stage, Golden Bough captures the essence and joy of traditional music.