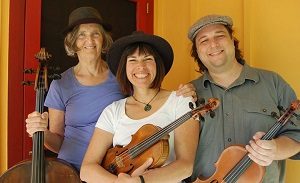 Dinna Fash is Scots Gaelic for don’t worry, and this trio uses cellos and fiddles to play a wide variety of traditional and modern Celtic tunes so you can leave your worries behind. Kevin Craven, recently arrived from Hawaii is a local violin teacher and also plays with the OSU Symphony. Maria Blair on fiddle and cello, most recently from Durango Colorado, is also a step dancer. She brings special rhythm and vitality to the music. Beth Brown has been playing Celtic cello on the Corvallis scene for over 10 years, previously with the bands Three Fingered Jack and Lark. The trio is heavily influenced by Alasdair Frasier and Natalie Haas and has attended their camps and workshops. Along with traditional Irish, Scottish, Québécois and Shetland tunes, they play some of the modern tunes composed by the new generation of Celtic influenced musicians. 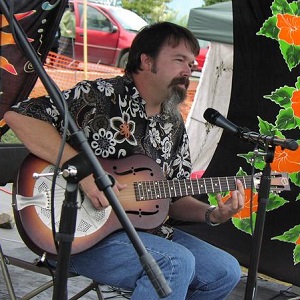 Adam’s 2006 debut Solo album “No Sun Around Blues” climbed to #33 on the Roots Music Radio Blues Chart – June 2006. The CD is a mix of acoustic blues (w/vocal) & finger-style guitar songs, and quickly became a favorite of local NW Radio Stations. His music has been featured on the nationally syndicated “Blues Deluxe Show” as well as receiving regular airplay on many regional, national and international stations/shows.

The best Cellar is a once-a-month evening of acoustic music. Admission is “pay what you will,” and kids are free. Cookies and coffee are available. Located in the cellar of the Methodist Church on 11th and Monroe, in Corvallis. For more information, or to join the volunteer team, contact Mark Weiss at mjweiss@cmug.com